However, many fruits are cultivated in India which are very famous in-country and abroad. But I want to talk about the disputed fruit, which is very nutritious as well as beneficial for life, but some controversy has always been related to it, Yes that is Muzaffarpur litchi.

Litchi is a seasonal fruit that is loaded with high nutrition, And Muzaffarpur is a place in India where it is grown in large quantities. 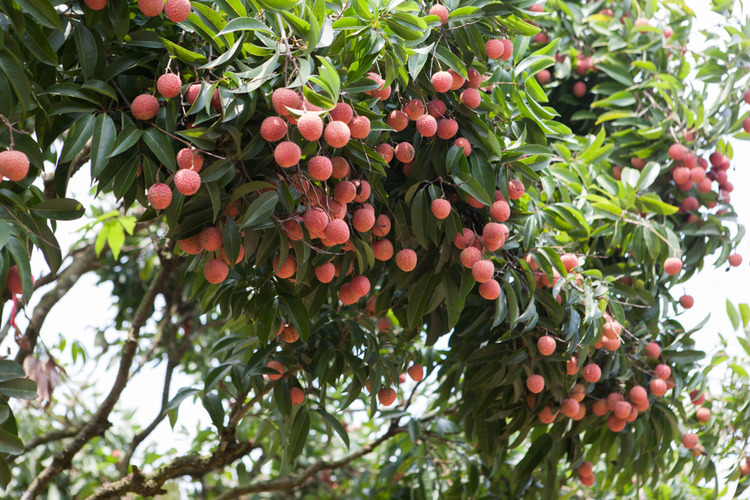 Lychee or Litchi has been cultivated over 3000 years. Its origin is Southern China. Lychee originated in China and spread to India through Burma and other parts of the world. India, Vietnam, Australia, Bangladesh, Brazil, Indonesia, Israel, and Thailand, etc are the major producer of lychee followed by China.

Lychee has many cultivars like mango, I will discuss this further in this article ahead. 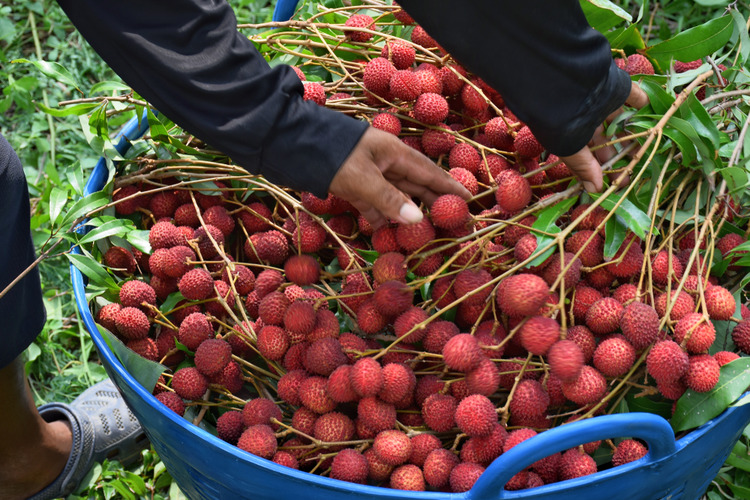 Muzaffarpur is a famous place for litchi cultivation. Muzaffarpur is best known for good quality of litchi production in India and worldwide (Muzaffarpur is one of 38 districts in Bihar and part of Tirhut subdivision.).

Shahi litchi is good varieties of litchi, are grown mainly in Muzaffarpur district and adjoining areas of, Vaishali, Begusarai, Samastipur and Begusarai districts.

Muzaffarpur produces Shahi, China and other varieties of litchi, but Shahi litchi of Muzaffarpur is very popular. IIt is always in high demand in other states of India as well as abroad. In Muzaffarpur (Bihar) it is called Shahi Litchi due to its unique aroma or fragrance.

One fact I want to mention here in relation to Muzaffarpur Shahi Litchi is that it has got a GI tag. (GI tag is given to a product for its specific geographic origin).

It is a bitter fact that all those afflicted children ate litchi. Was there a connection between the deaths of children and litchi?

There was chaos all around, people stopped eating litchi.  As it is believed, lychee contained poison that led to the incident. But this was the only speculation until Dr. Jacob wrote an article in the leading Indian newspaper.

He further explained in the article, Lychee toxin (MCPG) develops hypoglycaemic encephalopathy in a malnourished child. Do not be confused with encephalitis.

A malnourished child, who eats litchi and goes to bed empty stomach, develops hypoglycaemic encephalopathy. The reason is simple, your brain needs a normal level of glucose in the blood to function properly. Whenever your blood runs below the normal glucose level, glycogen (the glucose reserved in the liver) breaks down into glucose and meets the deficiency.

A malnourished child who goes to sleep only after eating litchi develops hypoglycemia (A condition when the blood glucose level is too low). A toxin in litchi blocks the alternate supply of glucose to the brain. Thus malnourished children develop hypoglycaemic encephalopathy.

You can read  Dr. Jacob’s articles here about litchi toxin.

Litchi in India (Lychee in Bharat) 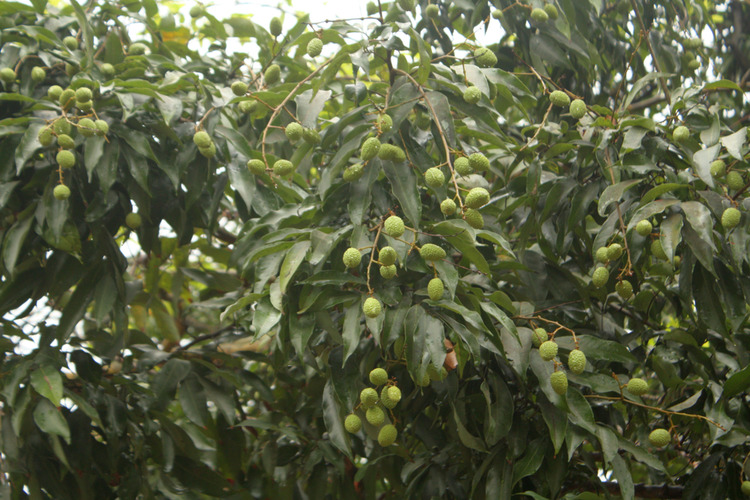 India produces 428900 metric tones of lychee alone per year and holds 2nd position in the world. Lychee is very sensitive to climate. So, it is grown in a few states of India. Bihar is the top producer of Lychee in India.

Where is litchi grown in India?

What season does litchi grow?

Litchi Cultivar in India ( Varieties of Lychee in India) 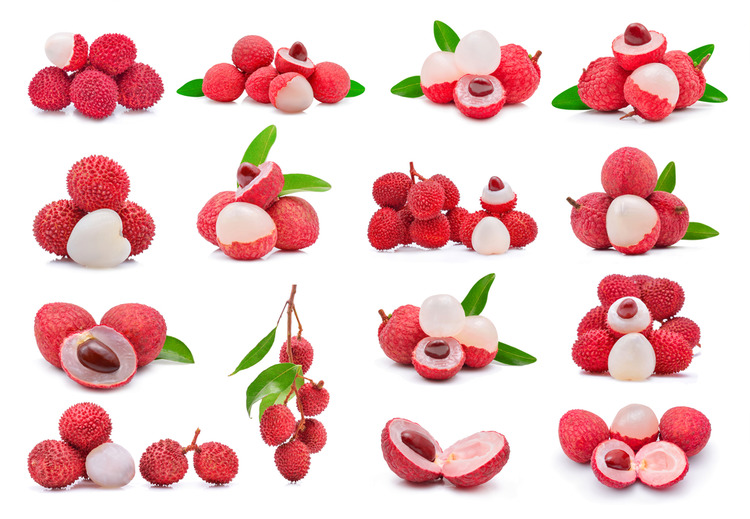 India grows many cultivars of litchi. You should not be surprised if the same cultivar is known under different names at different places. It is believed to have 33 varieties of litchi in India. Each variety of lychee grown in India are different in taste, size, and shape, which could be classified into 15 groups that are following.

15 cultivars of Litchi in India 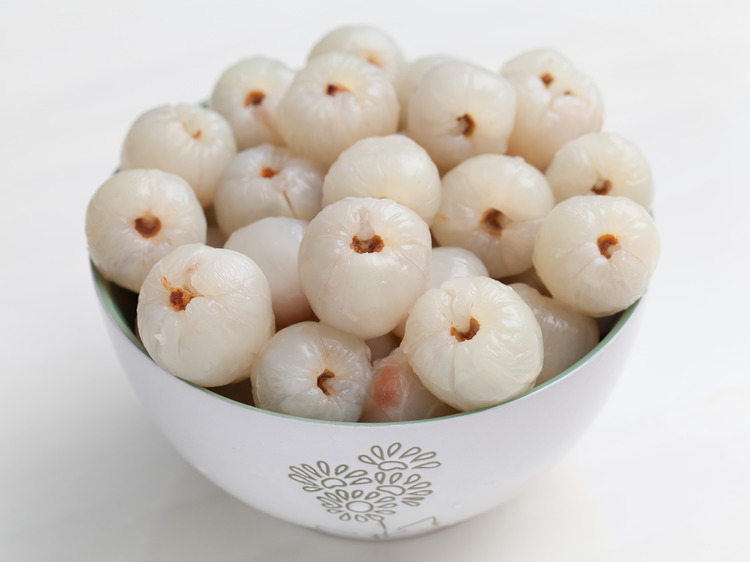 Flavonoids are known to have anti-oxidative, anti-inflammatory, anti-mutagenic and carcinogenic properties.

Polyphenols may regulate the metabolism of the body, weight, chronic disease, and cell proliferation.

Litchi has drawn the attention of medical fraternity in recent days. Litchi is one of few fruits on this planet which all parts including pulp, peel, and seed all are used for health benefits.

Phytochemicals are a bioactive non-nutrient compound found in fruits, grains, and vegetables. Some chronic diseases like cancer, diabetes and heart diseases, etc caused by oxidative stress. But, it is phytochemicals that prevent and treat these chronic diseases. Tannins, flavones, triterpenoids, steroids, saponins, and alkaloids are some of the known phytochemicals. ( Trusted Source )

Here are all Health Benefits of Litchi With Reliable Sources.

Cancer doesn’t develop overnight in humans. Many factors are responsible for the development of the cancer cell. Peroxyl radicals and lipid peroxidation are free radicals, that can cause mutations on DNA resulting beginning of the carcinogenic process.
But antioxidant phytochemicals in litchi may prevent the initial carcinogenesis process by protecting DNA damage. ( Trusted Source )

Oligonol in Litchi may prevent diabetes

Oligonol is a kind of polyphenol with low molecular weight. It is derived from litchi fruit extract.
A recent study found oligonol has a strong anti-diabetic effect.

Lychee is a good source of Vitamin C., In fact, a single serving of lychee fulfills the daily requirement of Vitamin C in your body. Vitamin C in the litchi strengthens your immune system and make you healthy.

Lychee is good for someone, who has a digestive problem. Litchi helps to release digestive enzymes in the body so foods are absorbed more efficiently. A single serving of litchi can treat your digestive problem. The fiber in the litchi may relief from constipation.

Lychee contains a good amount of potassium but less amount of sodium, that helps in maintaining fluid balance in the body.

Copper helps boost the production of red cells in the body. Interestingly lychees are a good source of copper. Red blood cells in your body improve blood circulation.

Litchi contains dietary fibers, fibers are good substances to lose weight. It has no cholesterol and saturated fat. Litchi is a low-calorie fruit.

Litchi contains many important minerals like copper, magnesium, iron, and phosphorus. These all minerals play a vital role in calcium absorption in the body, which also increases the effectiveness of Vitamin D in the body.

Conclusion: It is obvious litchi contains a toxin but it doesn’t have a bad health effect on normal children and people. Rather it has amazing health benefits. But, malnourished children can be affected if consumed and go to bed on an empty stomach. That is an exceptional case in my point of view. you must eat Muzaffarpur lychee for good taste and optimal health benefits.